In Casablanca, in a residential area not far from the ocean, Igor Rebosio and Federico Spagnulo is developing a design project for a new luxury villa of 1,000 square meters called Villa Salma. The project includes the development plan of a “L” body that encloses an internal garden and a swimming pool. The views are mainly of this garden and, especially for the large room on the first floor, ensure privacy than the surrounding buildings.

From the conceptual point of view, Villa Salma in Casablanca is the result of a focus on the dynamic components of the surfaces. In this sense, it is reconsidered the concept of formal genesis: the signs and forms are generated by fast moving of the surfaces rather than the manipulation of the volume. This simple variation of method overcomes the traditional dichotomy between vertical and horizontal levels, including indoor and outdoor areas, suggesting a substantial revision of the compositional hierarchies of the luxury villa.

This dynamics is reflected in a similar complexity of the interior spaces, whose linguistic approach is strongly influenced by the architectural choices. Double heights and interpenetration of surfaces and architectural volumes determine the scan of the various functions of the house. The main bedroom is so enclosed by a ribbon of stone that characterizes both the vertical levels and the horizontal ones, fitting double height into the living area like a natural interlocking.

According to the design of Rebosio+Spagnulo, the treatment of the external areas affected the need to consider the project evenly. The pool, rather than emerging as an element in its own right, is an integral part of architecture and interior. The villa seems to go and stay on the water and the living room receives its constant presence, even through the large central fireplace divided from the pool by a thermal glass.

Send this on e-mail 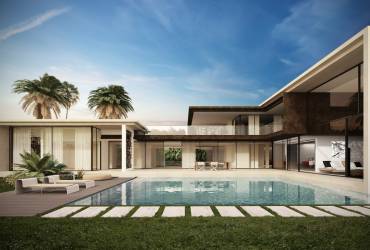 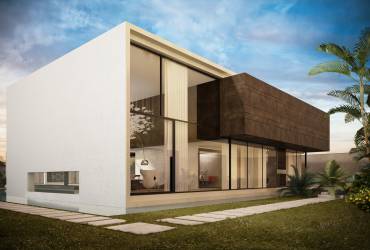 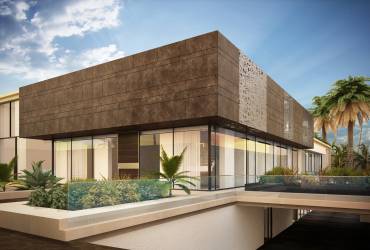 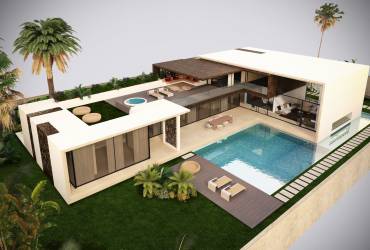 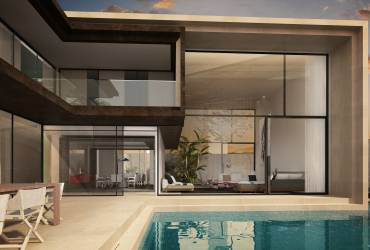 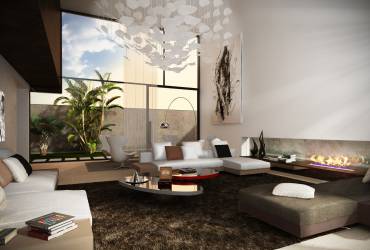 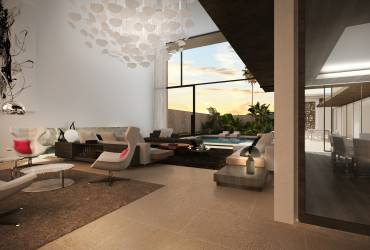 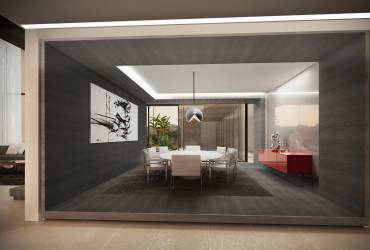 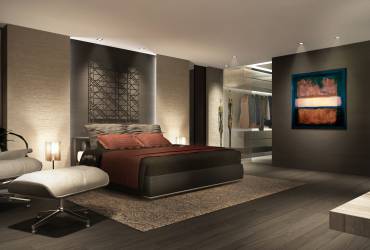